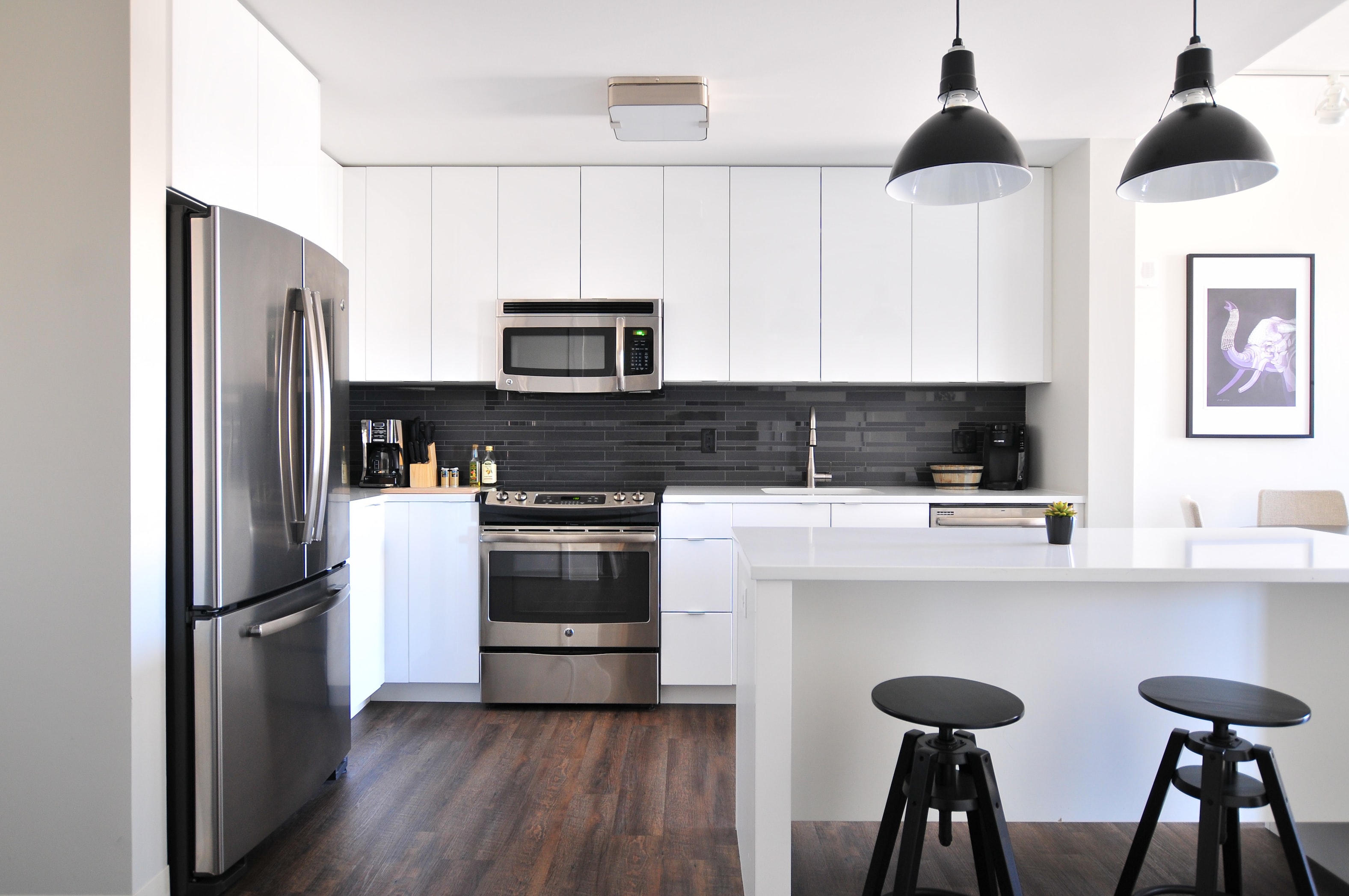 It is estimated that over 400,000 Americans live with Multiple Sclerosis. People usually develop MS between the age of 20 and 50 but live with the disease well into their senior years. This presents extra challenges in later life, particularly when it comes to day-to-day life at home. A medical ID provides invaluable peace of mind for patients and loved ones when it comes to personal wellbeing. However, just as MS patients should be cautious in summer, it is prudent to put assistive measures in place at home to enable them to continue living with independence while having the support they might need from others.

The Major Premise of Upper Cervical Care is that there is a subluxation (vertebral misalignment with nerve interference) in the upper cervical spine interfering with the expression of life in the body. Throughout the body, nerve fibers travel from the brain down the spinal cord to every tissue, organ and cell of the body. It is these nerve fibers that carry mental impulse from the brain which nourish the body and allow for proper communication from the brain to the body and back to the brain again. Misalignments throughout the spine can interfere with these messages causing decreased signaling throughout the body depending on which nerve root is compressed and which part of it is interfered with as it exits the spine. A nerve, although impinged, will still fire to the extent it can into the body and the end organ it innervates.

The aforementioned is true of everywhere in the spine except for the upper cervical area. The first two bones in the cervical spine just below the skull house the brainstem as it exits the foramen magnum. The nerve fibers that flow through the brainstem do not fire partially like the rest of the nerve roots in the spine. They follow what is called, “the all or none principle,” meaning that fibers in the brainstem either give you everything or they give you nothing. If there is pressure on the brainstem shutting down the fibers to the body then whatever those fibers innervate; that part of the body loses life. For example, if the fibers to the heart are compressed long enough over time a heart palpation can develop or high blood pressure ensues as tissues start breaking down faster than they can repair. This is in essence, a “loss of life” or a “paralysis” as energy is no longer flowing at 100% to the body structure.

Since there are no pain receptors in the brain, brainstem, or spinal cord there is usually no direct symptomatic response to spinal subluxations (vertebral misalignment with nerve interference). Disease and breakdown occur overtime as life giving energy is slowly drained. Often degenerative diseases which take years to develop are often the result in this breakdown of communication; the top three conditions being, osteoarthritis, cancer, and heart disease. All are due to a body building itself unhealthy instead of healthy.

Damage to the brain does occur with trauma and many cases can still function somewhat normally. This is evident in President Ronald Regan’s secretary who was shot through the brain and lived. The same holds true of the spinal cord. However, this does not hold true of the brainstem which is the old animal brain and is responsible for all bodily functions such as heart, digestive, lung, hormone, eye, ear, and sinus function as well as balance and equilibrium. If the brainstem is so much as bruised, death results. The brainstem acts as a huge processing center which controls and coordinates all the functions of the body given that it has no interference.

The body heals not because of upper cervical care but in response to it. Once interference is removed from the brainstem by correcting the upper cervical subluxation the body will resume functioning at its highest capacity possible. Increased neurological supply of life to the body generates and restores the healing response innate to the individual.

Below the level of subluxation is paralysis as previously discussed in this paper. Above the level of subluxation we see a congestion in the brain occur. This congestion can be likened to a dam constructed where the water below is restricted and the water behind is slowed and pooled. This phenomenon has been noted in multiple sclerosis patients with cerebral spinal fluid and venous drainage stagnation seen with 3D cat scan imaging. Congestion in the brain leads to conditions such as: mental fogginess, improper decision making, increased emotional turmoil and tension, emotional outburst, lack of mental clarity as well as anxiety and depression. The reason for these phenomena is due to the fact that part of the brain stem is the amygdala which is the center of emotions and is part of the old animal brain located in the center of the cerebral hemispheres.

Compounding this issue is the subject of trauma. As with most traumatic experiences whether emotional, mental, or physical, the sympathetic nervous system is the predominate overriding force attributed to dysfunction. When added to the already compromised function of the brainstem, a sympathetic dominate state is like driving a car with a stuck accelerator. No matter what you try to do, you will keep running the same course until you can unstick the accelerator. Until you restore the state of the nervous system to a parasympathetic state you are stuck in sympathetic overdrive which is long term fight or flight and almost always results in adrenal burnout, physical exhaustion, and emotional fatigue.

In the studies with MS patients it was found that 100% of the patients examined had trauma to the upper cervical spine (i.e. car wreck, whiplash, or fall, etc.). It was also found that of the 77 patients examined in the study all responded positively to upper cervical care. There was a reduction of more than 50% of the symptoms attributed to the disease, verified by both x-rays and clinical results. Based on these findings the doctors in charge of the study have stated that, “Upper Cervical Care should be a primary treatment of the mechanical cause of MS and there is evidence that upper cervical care can prevent the disease.”

When looking at how upper cervical misalignments can occur and impact the nervous system and particularly the brainstem it is assuring to know that there is a solution. When the source of the problem is corrected the body can then begin to heal emotionally, mentally, and physically. As we remove the block to life flow from the brain to the body the likened damn is released allowing water to flow smoothly and effortlessly. This is the innate intelligence that we are. If we could live a life free from subluxation we could live a life with the ability to adapt to our stresses, overcome our traumas, and move through our trapped emotions much more effectively and efficiently.

Upper Cervical Care utilizes state of the art technology such Specific Upper Cervical X-rays and Computed Infrared Thermography to determine when to make a correction and if brain stem pressure is present.

To find out more visit durangochiropractor.com

I have neuromyelitis optica (NMO). NMO was once considered a subset of MS. NMO has very similar symptoms to MS so unfortunately a lot of NMO patients are misdiagnosed as having MS when really they do not. NMO and MS although similar symptoms have very different treatment plans and different medications. Thus, if MS patients really have NMO they may be suffering from recurring major attacks because they aren't treated correctly. MS patients should ask about the NMO antibody blood test.

Sometimes both diseases are invisible disabilities and a lot of people suffer silently. By spreading information about MS and NMO we can educate the world and get support to find a cure for both.

NMO is currently an incurable but treatable autoimmune disorder. The body’s immune system attacks its own healthy cells, most commonly in the optic nerves and spinal cord. It can cause temporary or permanent blindness and/or paralysis, and may have periods of remission and relapse. (guthyjacksonfoundation.org)

Jennifer is a co-blogger on NMOdiares.com. to read more about Jennifer's and other's experiences, wonderful advice and even diet suggestions (one of the co-bloggers is a MasterChef USA winner), visit www.NMOdiaries.com

Recently I read a book about genetics, Inheritance; How Our Genes Change Our Lives – and Our Lives Change Our Genes, written by Dr. Sharon Moalem and it got me thinking about siblings. Why do I have a genetic inflammatory disease and not my brother? I’ll start by saying that I love my younger brother and I am very grateful that he doesn’t live with chronic illness. While reading Dr. Moalem’s book I learned that siblings who share the same mother and father can have vastly different health outcomes, even in the case of identical twins. Monozygotic twins (those having developed from one embryo, in early development, and separated to develop into two) have identical genes and yet they don’t automatically share the same health and wellness.

As Dr. Moalem explains, it’s not just the genes, it’s how the genes are treated and how they are expressed. Genetic expression is unique to each individual and can in fact, change over a lifetime. For example, it will be understood by many that smoking increases the risk of lung cancer. This is particularly true in people with genes that are more inclined to ‘express’ themselves to developing a disease, (examples: cancer, diabetes, lupus, multiple sclerosis etc.) versus having a genetic predisposition to developing that specific disease. Genetic expression can be thought of as ‘the turning on’, ‘the activation’, or ‘the start of communicating’ the genes presence within the overall portrait of our genetic make-up.

It’s possible for siblings to have the same genetic predisposition and yet each individual has a different mosaic of how the genes fit within the total person. For example, I know a set of twins who look identical but for one parts his hair on the left and the other, the right. Put them next to each other, and they truly look like a mirror image. Every part of a human is determined by how our genes are expressed, even the way in which our hair forms a natural part.

So what affects gene expression? As you probably guessed, the typical things like diet, activity level, what chemicals we are exposed to, all have an effect on gene expression. But it’s the combination of many factors and contributors that can make the difference as to whether the gene is expressed and activates a genetic disease. Twins may have identical genes and yet they may have very different diet, exercise levels and one may have exposure to an environment with a chemical that changes the genes and how they behave. It explains why one sibling may have very good health and the other may develop a chronic genetic disease, like inflammatory bowel disease, lupus, diabetes or others.

There is no definitive answer as to why one sibling develops a genetic disease and the other does not. The conditions of environment and development for cell growth from the beginning of embryo development through adulthood is vast and unique to each individual, even if their genes are the same. For many diseases, it is impossible to identify the exact factors that cause the gene to ‘turn on’.

The complexities of genetics and disease that focus on “what to change” in order to create a positive change in our health are difficult to identify. Just as we don’t know what changes have a direct effect on why a gene is expressed in a particular individual, we would be hard pressed to identify what changes would reverse the disease expression.